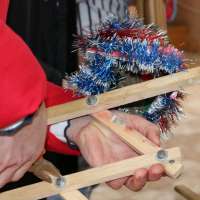 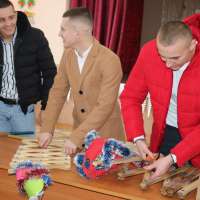 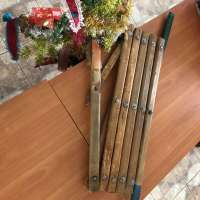 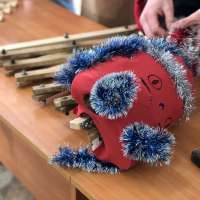 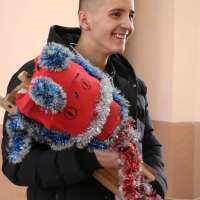 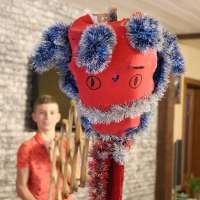 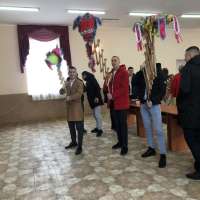 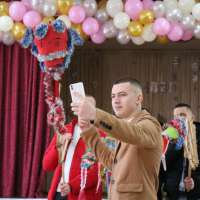 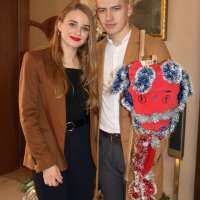 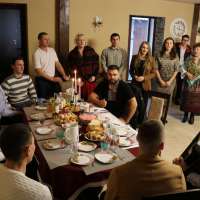 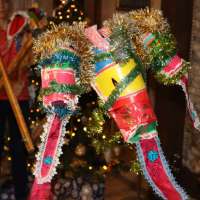 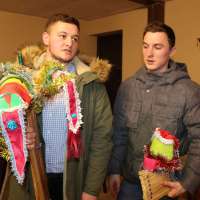 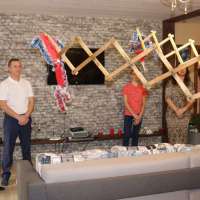 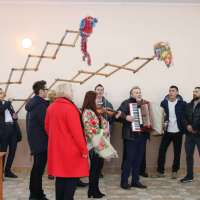 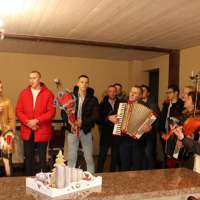 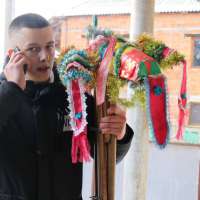 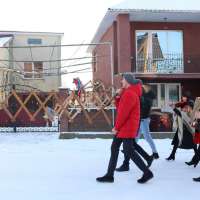 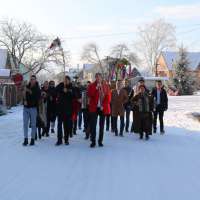 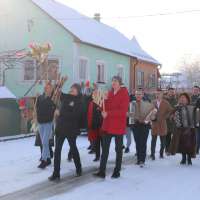 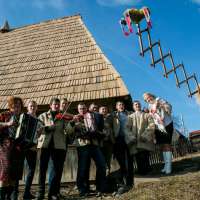 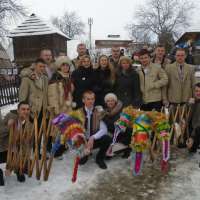 Local citizens claim that in the modern interpretation, the religious significance of the ceremony has been forgotten and has acquired a secular character. Through this tradition local young men demonstrate to the families of their potential brides their own intention to marry. The future groom took his friends and they went to carol to the chosen girl’s house after the Christmas dinner. Sharkhan appeared during a special local carol “Radist nam sya yavlyaye”. The young man who was leading it “opened” the snake and it reached the girl.

The dragon’s head seemed to bow to the girl, and his tongues touched her face. In the village such sings meant that soon this family ought to have waited for matchmakers. Almost every family of Boronyavo experienced this kind of a courtship, so every young man who nowadays carols “flying” the Sharkhan is ready to tell a similar romantic story of his father’s courtship to his mother…

arkhan” (sárkány- from Hungarian – dragon) is a unique archaic Christmas carol tradition on Christmas Eve in Boronjavo village in Chust region. “Sharkhan” or “Paradise snake” – is a holiday ornament like a dragon’s (snake’s) head which is up to 5 meters in length and more than 5 kilos in weight. It is made entirely from natural materials: wood, cloth and paper. It consists of a wooden construction (connected by hinged boards which can be pull-out for a long distance) and snake’s head, which was made from wood and there were colorful pieces of paper on it. Sharkhan could be with one or two heads. Controlling it requires a lot of efforts and a good physical training (especially at the moment when Sharkhan used to be stretched to the full five meters in length). Controlling the special Christmas ornament, a lad should also smile, sing, joke and rock it to the beat of the local carol “Radisty nam sya yavlyaye”.

According to the legend, Sharkhan is a good mythical dragon, although only unmarried young men had the right to “walk” with it. As it is known from old habitants’ legends of Boronyavo, this tradition was started by monks who settled in the village during the construction of the monastery. As to the legend, the local dragon announced the joy of the Savior Christ birth to all living on the earth, from all which “slithers” to all which “flies”.

Boronyavo is a village in Khust region