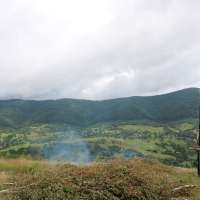 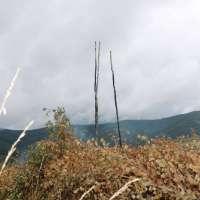 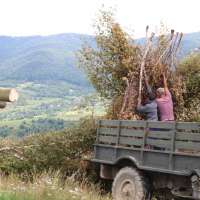 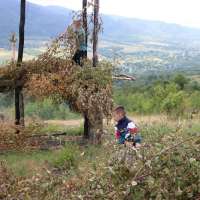 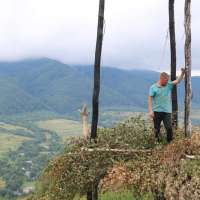 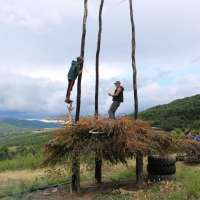 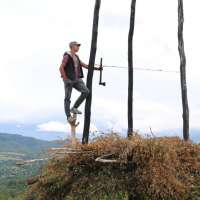 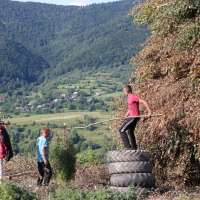 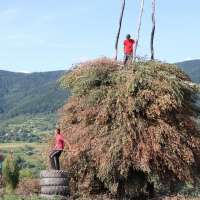 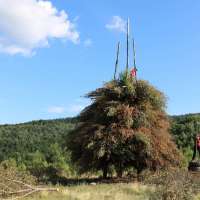 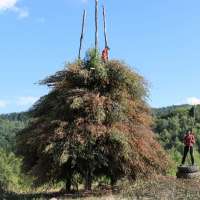 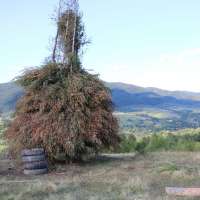 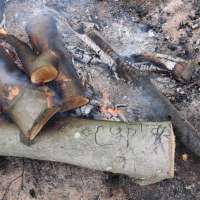 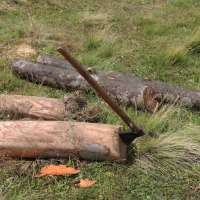 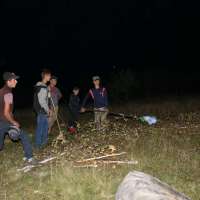 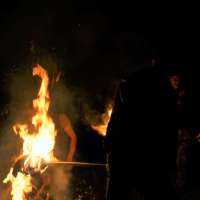 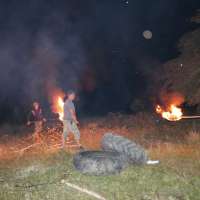 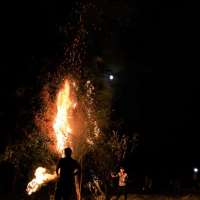 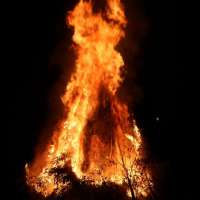 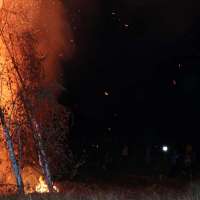 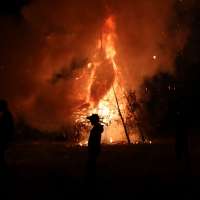 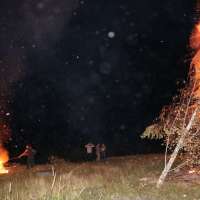 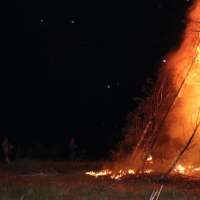 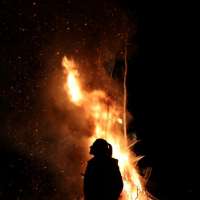 In each of the above mentioned villages, preparation for action was extremely painstaking. Guys kept the ready Subitka guarded during all night so that competitors would not set it on fire before time. The height of Subitka was a matter of special pride. Everyone wanted its construction to be the tallest and burn for the longest time, as the winners would have good fame in the village. Therefore, every boys band cherished its Subitka as the apple of the eye. Therefore even nowadays there are still fierce competitions between boys bands on the best Subitka, which does not stop even when comes the time to set it on fire. Here comes the struggle for endurance, and the winner is the one who is last to set his Subitka on fire and whose Subitka will burn the longest.

Nowadays, thanks to efforts of local enthusiasts, this tradition is gradually reviving, provoking a keen interest of folk culture fans.

n Transcarpathia there is an interesting ancient custom associated with fire. On July 12, on the feast of Peter and Paul, in mountain villages of Vyshka, Lyuta and Tykhiy in Velyky Berezny district, every year the large fires are laid out in forest clearings and in remote tracts. They call these campfires Subitkas. Their ignition, by belief, symbolizes the purification of human and also drives away evil spirits from the village.

However it is not just a fire, but a whole construction that is prepared in advance by local guys. At first they look for beautiful places on the top of mountain – meadow that is well seen from the village. In particular, in Vyshka village these are the highest tops in tracts of Magerka, Zagordy, Plyshka, Gorbky and Chertizh. From tall young beeches they make poles at least 5 m high, burying them to the ground by one meter; the top is connected with a thick wire, with 2-3 meter long cross-bars, onto which dry birch branches are put on. At the end it is a conical or trapezoidal construction, ready for a solemn firing.

Previously Subitkas were prepared for a week. The first who were building them were shepherds who not only grazed their cattle, but also cleared their pastures to increase its area from old trees and bushes. Nowadays not every yard has cattle and also the need for its group grazing has gone, but the tradition to fire Subitkas is alive.