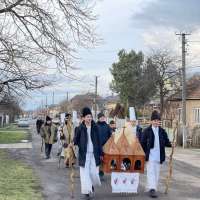 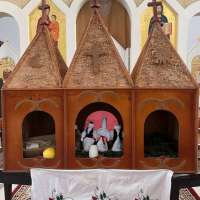 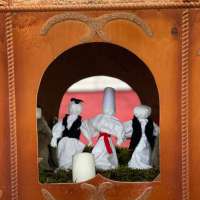 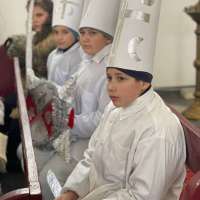 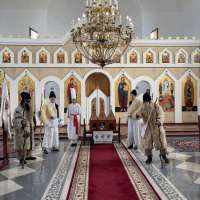 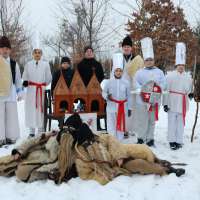 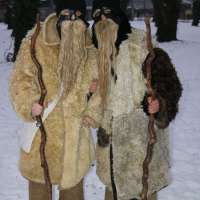 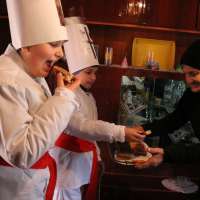 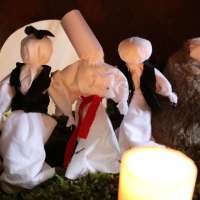 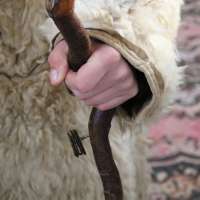 The box for the puppet theater represented by the Bethlehem, made of wood in the form of a Greek-Catholic church building with three towers (symbol of the Triune God) and a cross. Arches and the contour of the facade were decorated with boxwood branches (symbol of hope). Fresh moss was lined inside. In the right corner of the nativity scene was a wooden manger with a doll of Jesus. A candle was lit in front of the manger during the action.

The puppet theater simultaneously copied the actions of the “living” Bethlehem. Poetic texts about the story of the birth of Jesus and the singing of traditional carols by human actors were common to the two performances.
Locals regard these Christmas events as a valuable relic of the past. It is also worth noting that the village of Choma is one of the few Hungarian villages in Transcarpathia, where the preservation of folk traditions is taken care of by the Greek Catholic Church.

ethlehem in Choma village, Berehiv district, is a rare combination of a “living” nativity scene with a puppet one. “Live” nativity scene is played for adults, and the puppet one – for children. This unique event can be seen only once a year – at Christmas, when carol singers bring the good news of the birth of little Jesus to every house. Colorful costumes, acting, singing and dancing of the participants of the folk show, original rag-dolls – motanki , which move in the box of the puppet theater, leave an unforgettable impression.

The local version of Bethlehem comes from the Christmas theatrical play “Four Shepherds”, which was expanded by two additional characters: Angel and King Herod. The composition of the participants in the action reflects the eternal struggle of good and evil and is divided into two groups. The first group of actors included Angel (in a white dress), two young shepherds (neat, wearing traditional shepherd’s clothes); and the second group was represented by King Herod (all in black, with a soot-smeared face) and two old shepherds (in torn clothes, black fur hats, and dreadful leather masks with beards and mustaches attached to them from an uncombed tow). As the negative heroes frightened the little one, Tsar Ihor distracted them with a puppet show. Motanka dolls (rag-dols) on long sticks were “twins” of human actors.

Choma is a village in the Berehiv district of the Zakarpattia region.