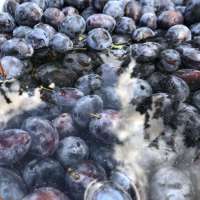 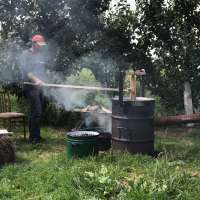 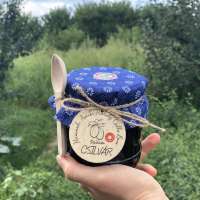 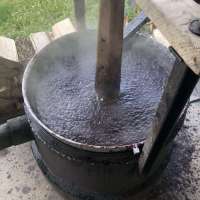 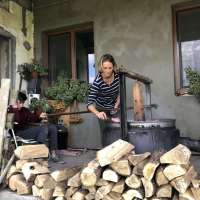 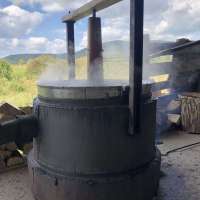 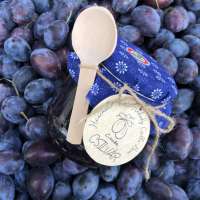 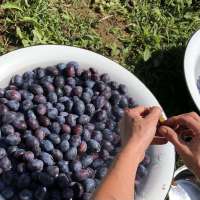 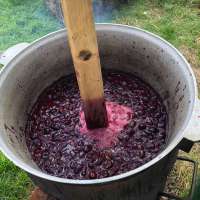 The cooking process included several stages. Firstly it was necessary to gather plums. To do this, the men went to the garden, spread a cloth or tarpaulin under the tree and shook the trees. This made it possible to quickly deal with the plums. Then women and children set to work. They washed the fruit and removed the stones. After that, a hole was dug in the garden, firewood was prepared, a large cauldron was set up, in which prepared plums were poured, and the fire was lit.

The next important stage was to monitor the plum mass. Once it had boiled, it had to be stirred continuously with an oar-like wooden mallet until it was completely thickened. This process could take from 7-8 to 25-30 hours. Due to constant stirring and rubbing of the plums, even the plum peel dissolved and the product turned into a homogeneous liquid. Excess water gradually evaporated and the fruit liquid became thick and dark. Such a liquor could be stored not only until the new harvest, but also for several years.

lum jam (lekvar) is a very thick jam of dark blue almost black color with a rich plum flavor and light sourness. It is cooked from two varieties of plums: “uhorka” or “bystrytsa”. Depending on the variety of plums and their sugar content, the jam has a more or less pronounced sweet or sour taste. It is believed that plum jam has healing properties: it strengthens the immune system and cures many stomach diseases. The lack of sugar increases the value of the product.

The cooking history of plum jam has a long tradition. It was made at the beginning of the XIXth century, when orchards became popular in the region. For a long time, the jam was of great importance in the daily diet of Transcarpathians. It was used as a dessert or as an ingredient in other dishes. The cooking of the jam deserves special attention because it performed an important social function, and namely uniting the family. Both children and adults were involved into its making. The process gave the family a possibility to demostrate teamwork skills and develop such a trait as responsibility.

Bene is a village in the Berehiv district of the Zakarpattia region.