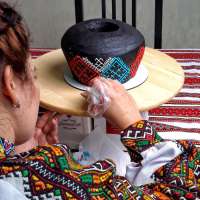 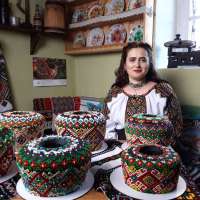 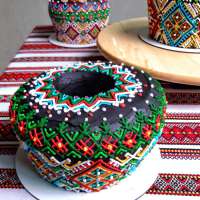 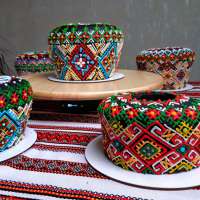 The cooking process included several stages. Firstly it was necessary to gather plums. To do this, the men went to the garden, spread a cloth or tarpaulin under the tree and shook the trees. This made it possible to quickly deal with the plums. Then women and children set to work. They washed the fruit and removed the stones. After that, a hole was dug in the garden, firewood was prepared, a large cauldron was set up, in which prepared plums were poured, and the fire was lit.

The next important stage was to monitor the plum mass. Once it had boiled, it had to be stirred continuously with an oar-like wooden mallet until it was completely thickened. This process could take from 7-8 to 25-30 hours. Due to constant stirring and rubbing of the plums, even the plum peel dissolved and the product turned into a homogeneous liquid. Excess water gradually evaporated and the fruit liquid became thick and dark. Such a liquor could be stored not only until the new harvest, but also for several years.

ychkiv honey cake is a unique Transcarpathian version of traditional wedding pastry. The tradition when newlyweds break a honey cake instead of wedding bread at a wedding party exists only in Velykyi Bychkiv, Rakhiv district, Transcarpathia. That is why from ancient times three honey cakes (two small and the third one – large) were baked and they were consecrated during the wedding in the church. One of the smaller ones was given to the priest, the other was kept at home as a talisman. The third, a large one, was placed on the table in front of the young people. After the bride was “wrapped” (her rag front was tied), the young people stood on the opposite sides of the table and tore the honey cake. It is believed that the more you snatch, the longer you will live. Wedding cakes have become a symbol of reliability and strength of the newly created family.

Legends about this solemn confection have been passed down from generation to generation and have come down to us. The name comes from the word “honey”, because this ingredient is the main in pastry. In addition, the recipe includes nuts and spices that the hostess keeps secret. The honey cake makes a unique ornament based on magical signs and charms. In addition, each honey cake is always original. It is made on a by-order basis. Most often – for a wedding, birthday, as well as a souvenir of good luck.