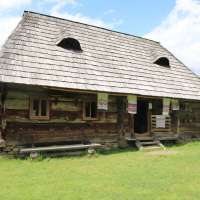 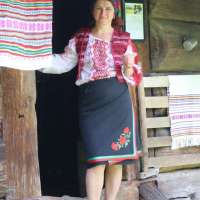 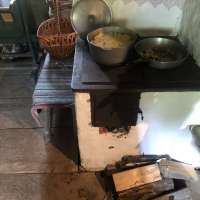 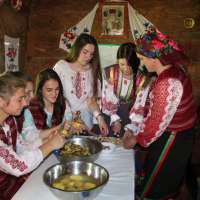 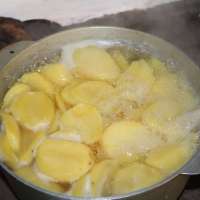 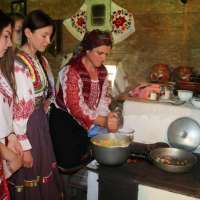 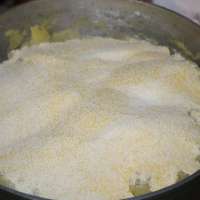 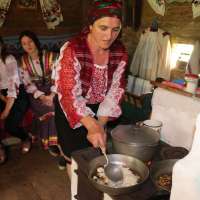 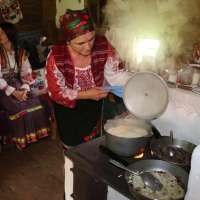 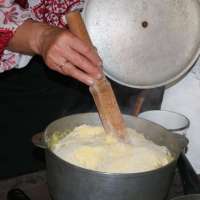 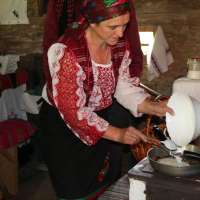 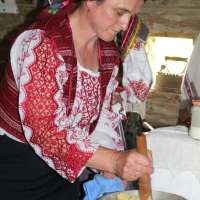 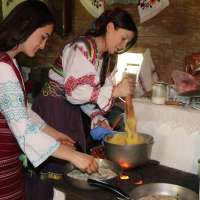 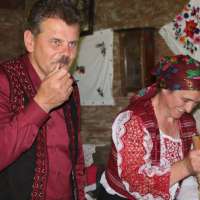 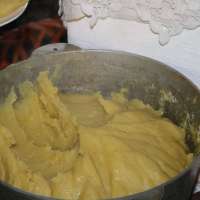 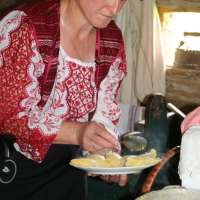 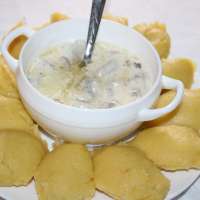 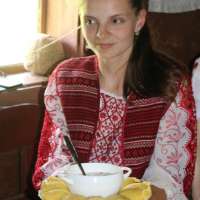 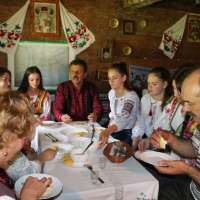 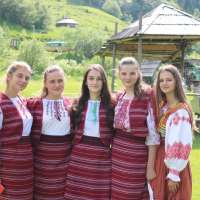 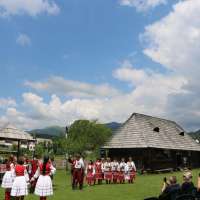 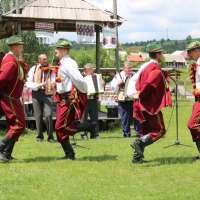 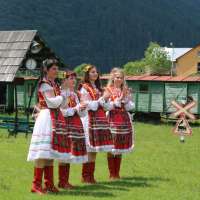 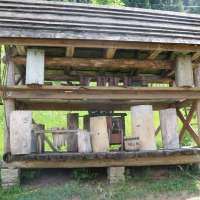 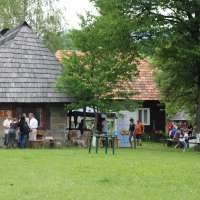 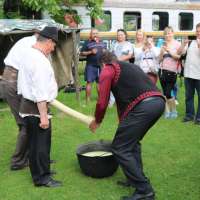 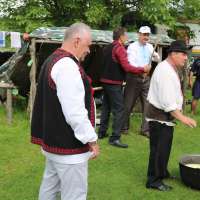 Nourishment from highland is appropriate not only for everyday life, but also during the holidays – baptisms, weddings, memorials, temple holidays, etc. It is served to the table with “frigo” (warmed bryndza and greaves, sometimes eggs were also added), “machanka” (fried eggs with mushrooms), sour cream or vurda.

From time immemorial riplyanka was prepared only in Kolochava village, but nowadays tradition is taken over by cooks from the whole region, in order to attract the demanding stomachs of visitors with another authentic dish. However only Kolochava village housewives prepare it with a special taste, because, apparently, a simple process requires not only special skills but also love.

Every year in Kolochava village on the second Sunday of June a traditional Riplyanka Festival takes place, the purpose of which is to support and promote the local cuisine. The festival brings together and unites a large number of people and is accompanied not only by the visual process of riplyanka cooking, but also by songs, humor, dancing, theatrical acts. During the holiday, there are competitions in riplyanka cooking to which experienced village chefs and guests are invited in advance. The chefs compete in theirs skill in front of numerous tourists and visitors, which facilitates easy acquisition of culinary knowledge and promotion of traditional dish from Kolochava village.

iplyanka» – traditional and the most common dish for residents of village Kolochava, culinary creation of local housewives. The main ingredient for it is potatoes, in the village it is called “ripa” – this is why the dish is called “riplyanka”.

About potatoes the Highlanders said: “the second bread, which is neither to grind, nor to mill, but simply to a pot.” During its cultivation certain ritual customs were used. Thus, when they finish planting potatoes, the peasants sat tightly on the edge of the field and said: “So thick would be sacks with potatoes in the fall, as tight we are sitting now.” Or else: “Let the sacks with potatoes be as full as full is our Marika” (called the name of the most stout, healthy woman).

The quantity of the first bread was always not enough, so housewives decided to dilute the flour with trampled (mashed) potatoes. This is how appeared a simple rural nutritious meal, and so local food was often brought with them to work in the woods, hayfields or the long road.

Formerly riplyanka was prepared only from potatoes and wheat flour of coarse grinding, but later people began to add semolina and corn (“melay”) flour. There is also recipe with grounded buckwheat and others.